It really makes me laugh when I turn more and more straight men into popper sniffing cash faggots.  They actually think they are superior males until they see my pictures online and see me on cam.  They fall to their fucking knees in awe and realize their true place in society.  This one cunt claiming to be a master has been messaging me for days trying to be my “bro” until it finally couldn’t resist worshiping me any longer.  Finally it literally begged me to use it and told me its nothing more than a popper sniffing cash faggot.  It begged me for discreetness telling me how its been in total awe of me for a long time.  I ordered it to send me nice tribute to begin the force intoxication HAHA.  The fag sent me its cam with sound and surprised me because it actually had some muscle on it.  It told me that its been a master its entire life but realized that its a submissive cunt once it saw my posts and pictures.  It told me that its been wanting to $erve me for a long time now and finally couldn’t resist the temptation any longer.  I just laughed my ass off when I saw it wearing a ski mask with “FAG” written on the forehead and a dog collar around its neck.  I ordered the fag to put a bottle of poppers to each nostril at the same time and told it to sniff hard while I counted down from ten.  I then ordered the cunt to tighten the collar around its neck as tight as possible so it would choke while sniffing the poppers.  The popper fumes really hit its brain hard and left it completely weak and helpless.  The fag then lit a joint and started smoking it while I ordered it to hold the smoke in it’s lungs for as long as it could.  It choked on the smoke over and over again while I flexed and showed off telling it how superior I am.  This fag was on its knees with poppers in its nose while I flexed my huge rock hard muscles while acting cocky as hell.  I told the fag that I would piss in its mouth spit in its face and use it as a fucking ashtray.  The fag listened in awe while I told it I wanted to humiliate it with my gym bros in public.  I told it that I would hang it up like a punching bag in my basement and take turns beating its faggot ass with my friends.  While it continued to sniff poppers I told it that I would pimp its mouth and cunt out at a glory hole.  I really put this piece of shit in its place.  I fumed this faggot up to the max and made it realize how pathetic it really was.  I made the fag literally use its collar like a noose while it sniffed poppers so hard that it finally passed out on cam.  I made it send multiple tributes and made it sniff poppers until it couldn’t even see straight anymore.  The faggot was in a huge daze and could barely even see me on cam.  I turned this “master” into a weak pathetic faggot.  I drained its bank account and its manhood at the same time.  The fag fell victim to the ultimate Adonis.  All of you weak pathetic dipshits need to be put in your place by me.  It’s time to $UBMIT your faggot self to me now HAHA.

RONNIEFLEXX ON YAHOO AND SKYPE

WHERE ALL FAGS BELONG – CAGED AND HOODED

Yeah im a cocky fuck HAHA.  I own all you cunts and you beg to have the privilege of $ERVING ME.  Im bulked up 6’3 300 plus pounds and I could manhandle your fag ass and toss you around like a fucking rag doll.  Just wait till summer ill be ripped as fuck going to the beach having all the chics coming up to me while their pathetic boyfriends just sit there and watch feeling like idiots. Ill have inferiors coming up to me grabbing my huge biceps literally kissing my ass trying to be my “bro” because they know if they hang out with me they will be on top of the world. Its been like that my whole life. Im just natural born leader and ALPHA GOD.  I just push myself to look as perfect as I can and will look like a carved statue this summer.  Wintertime is time to bulk up and put as much quality muscle on as I can.  Any muscle sponsor slaves message me and tribute me and sponsor me so I can grow bigger and bigger.  All you slaves get on all fours and grovel while I make you lick my dirty nike shoxs.  Message me now and $ERVE the biggest JOCK STUD  in this scene.


RONNIEFLEXX ON YAHOO AND SKYPE 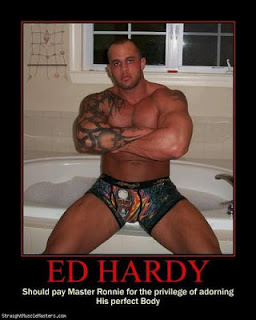 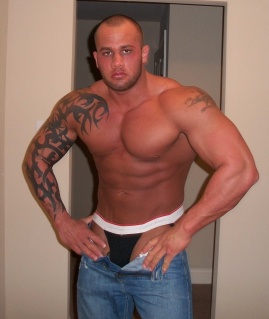 Getting all these undercover faggots that beg me to cuckold their pathetic asses and tell them how hard ill fuck their wives while they sit in the corner playing with their little fag clits. It seriously cracks me up how I turn these guys into pathetic cuckolds. They want to see a real man bang their wifes brains out while they watch in awe.  Guys that are married with kids fantasize about me farting on them and licking my straight muscle ass and jerking a jock load all over their face and in their mouth HAHA. Imagine their wife seeing a jacked muscle stud jerking a load in their husbands mouth.  The power I have over inferior males turning them into complete cuckold faggots.  Pathetic faggots waiting for their wife to go to bed so they can come online and worship me and send me all their hard earned money.  All males are inferior faggots in my presence.  Come serve me slaves and see the power I fucking possess.  Another cunt messages me everynite and begs me to meet up with him.  All the fag wants is for me to squat over its face and fart in its mouth while it sniffs my sweaty jock ass.  The funny part is that is has a girlfriend and has to sneak out so it can smell muscle ass.  How fucking pathetic HAHA.  All you losers bow down to me now and $ERVE the ultimate alpha male.


RONNIEFLEXX ON YAHOO AND SKYPE


WISHLIST SHOWER ME WITH GIFTS $LAVES 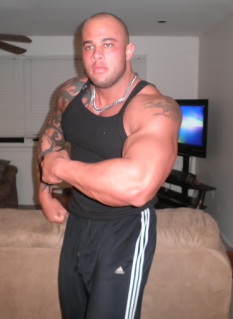 Check out these new pictures of me in this new chain this  owned slave had the privilege of buying me.  Just another one to add to my collection HAHA.  Jacked stud muscle that OWNS your twerp asses.  My fists are like sledgehammers and I need XXXL gloves to fit my my HUGE HANDS.  Grovel on your faggot knees and stare up at 6’4 300lbs of PURE DOMINANCE while I use your fag face as a doormat for my size 14 feet.  Im the cockiest stud you’ll ever $ERVE and I make heads turn EVERWHERE I go HAHA.  MORE and MORE slaves open their fucking wallets and realize im the ULTIMATE MASTER to WOR$HIP and be OWNED by.  Fags keep buying my used underwear socks and jockstraps just to smell my DOMINANT alpha scent. I humiliate some faggots so much I make their pathetic dick and balls shrivel up even more to the point their balls go up their stomachs HAHA. Check out these pictures and SHOWER me with your FAGCASH. 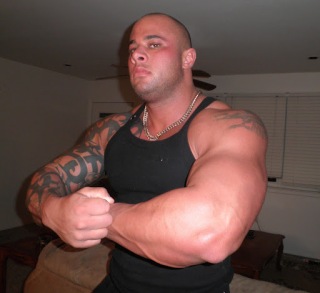 RONNIEFLEXX ON YAHOO AND SKYPE CUNTS 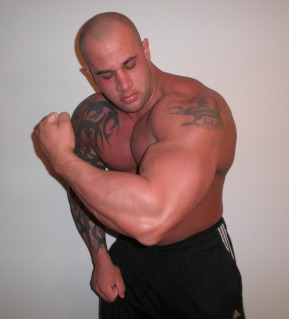 More and more slaves message me everynight begging to $ERVE telling me how inferior and pathetic they feel when they just see my pictures.  Im the definition of an ALPHA MALE and all you cunts know it.  I have slaves BEG me to take their fagcash because they know its better off with me.  They dont even ask for cam but I send it to them anyways just to show them how $UPERIOR I am laughing and owning their faggot asses as they watch in utter awe HAHA.  Summer is here so im showing pictures of me bulked up right now at 300 plus pounds.  Time to get more shredded at cut so I look even more incredible.  I own males online and in real life.  People just stare at me while im benching 400lbs up to 500lbs like nothing.  Random guys coming up to me telling me how huge I am and how awesome I look drooling HAHA.  WOR$HIP the ultimate Jersey muscle stud and size 14 foot god NOW!!  I also redid my wishlist and put some new clothes on there so open those wallets and buy your master his well deserved gifts!
RONNIEFLEXX ON YAHOO AND SKYPE
YAHOO WOR$HIP GROUP
AMAZON WISHLIST